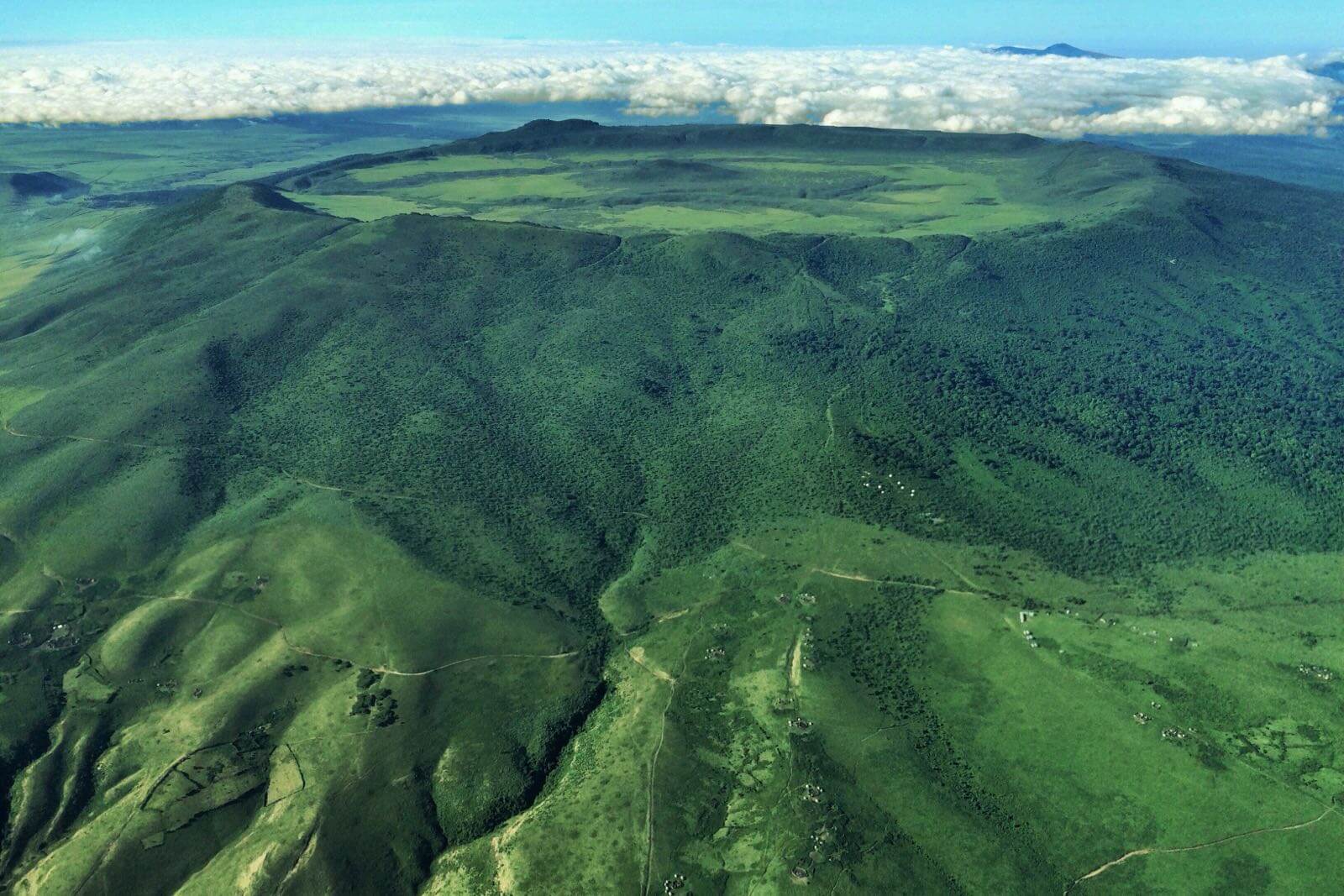 Olmoti Crater  is found at The  highlands of Ngorongoro Crater. This small Crater is covered by grass at its bottom hence dwarfing some animal species that feeds on it. Please see our 6 Days package Ngorongoro highlands walk Olmoti, Empakai to Lake Natron

This Crater is on northern Ngorongoro, lying at the altitude of 3,088 meters. Olmoti means Cooking Pot in Maasai language, it is the extinct volcano in Ngorongoro highlands. Olmoti Crater floor covered with grassy home to many grazing wild animals like eland, reed buck, buffalo, bush buck along with Maasai livestock.

Water cascades from a spring inside the Crater  forms a spectacular waterfall which flows from the Crater wall crossing the caldera and plummets down over the cliffs falling some hundreds of meters into the steep-sided ravine to form Munge river. Munge river offers fresh water for wildlife and it  also feed swamps and lake Magadi in the Ngorongoro Crater floor.

Olmoti Crater can be accessed via Nainokanoka a  Maasai village, here is where the pleasant walk starts from Nainokanoka ranger post passing through the lush forest up to the top of the waterfall. Back from Olmoti you can see the depression that formed when slopes of Olmoti, Empakai, Lolmalasin and Losirua volcanoes joined with the outer rim of Ngorongoro. There is small basin called Embulbul depression which collects and provides a sink for a good deal of water that appears lower down at the foot of the mountains.

Olmoti Crater walking and trekking activities around the crater rim and its forest are spectacular but must guided by an armed ranger. The trekking normally takes about 3 hours however it is still possible to have a longer trek from Olmoti Crater to Salei plains. Please let us know if you wish to include this area during your Tanzania safaris.